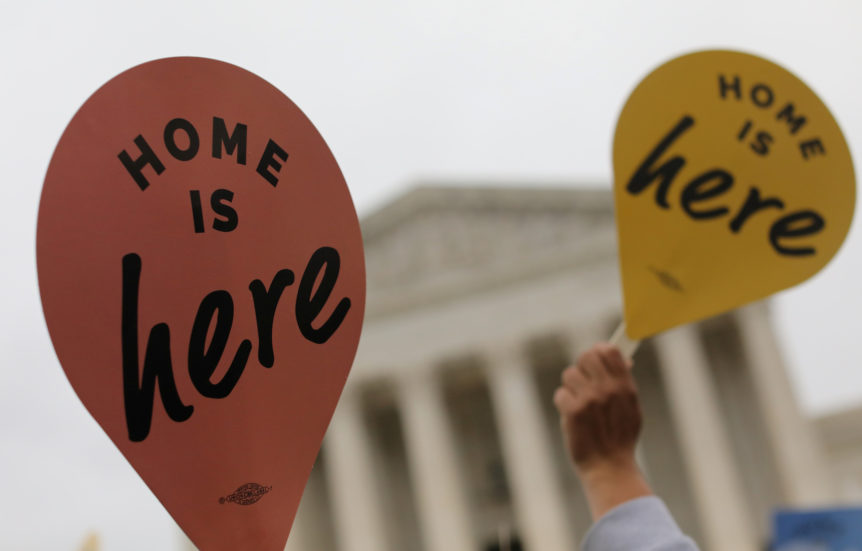 Trump administration officials said during a federal court hearing Friday that they have not “granted nor rejected” any applications for a program designed to protect young undocumented immigrants from deportation, but rather have put them “on hold” as the government discusses the future of the program.

The virtual hearing in the U.S. District Court in Maryland was the first time the administration addressed reports that the Department of Homeland Security was not accepting applications for the Deferred Action for Childhood Arrivals (DACA) program — despite a recent Supreme Court ruling and a federal judge’s order requiring the government to resume accepting applications.

“Although the applications will be received by the department, they will be neither granted nor rejected, and instead will be held, placed into a bucket pending a policy consideration that takes place and that now I can tell you is still ongoing at the department,” said Stephen Pezzi, a lawyer with the Justice Department.

Pezzi also said that “some or all” of the applications from DACA beneficiaries looking to leave the country and return lawfully had been wrongly rejected when they should have been held.

“Going forward, in just the last few hours, it has been straightened out at least prospectively such that any request for DACA-based advance parole will also be held in the pending bucket,” Pezzi said.

U.S. District Judge Paul Grimm, who ordered last week that the government comply with court directives to restore the DACA program,ruled Fridaythat the Trump administration must clarify the program’s status to the public within 30 days. He instructed Pezzi to confirm by next Friday whether the government could commit to updating its U.S. Citizenship and Immigration Services website and sending receipts to DACA applicants who are confused about whether their applications have been processed.