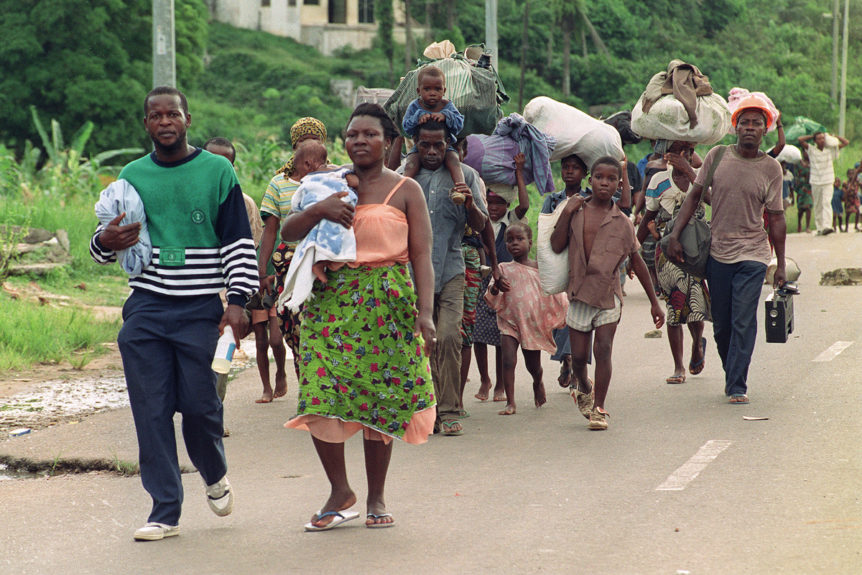 Donald Trump’s government’s constant migration policy reforms have been the main players in his tenure. Hundreds of cases of immigrants that came decades ago to the United States, after the war in their countries, and, to whom protection status was granted, have begun to receive notice to terminate Asylum on belief that the foreign national is inadmissible to the United States and USCIS has scheduled an opportunity for the foreign national to respond.

Such is the case of Mary Moore, a Liberian woman who in early December 2019 received a letter of attempt to end her asylum status granted in February 1999, effectively denying her Permanent Resident application that had been pending for 8 years. In this notification, USCIS claims that there is new evidence that she may have been complicit and collaborated with a terrorist organization, in which she was forced during the first civil war in her country.

Mary was born in 1960 in Liberia. She studied in the University until 1987. As any young student, she was in the best age of her youth hood, but her life changed in September 1992, when an armed man from the rebel group ULIMO-J solicited her services as secretary. In the beginning, she denied collaborating with them, but she was threatened with her death. Mary didn’t have any other option but to accept.

Like her, many other women, men, and children were forced to do tasks against their beliefs and values. In Liberia, the first civil war begun in the early months of 1990. It was a hard time. Different gun groups collaborated to topple the dictatorship of Samuel Kanyon Doe and ended up facing each other during the subsequent power vacuum.  The war had terrible human, social and economic consequences, affecting neighbors, especially affecting the support of NPFL (National Patriotic Front of Liberia) and the RUF (United Revolutionary Front) of Sierra Leone.

ULIMO-J leader, Roosevelt Johnson, better known as Johnson, was preparing his attack from Monrovia to take the power of Liberia. Meanwhile, Samuel Doe, President of Liberia, was captured by the forces of ULIMO-J on September 9th, 1990. He was tortured and killed. The horrendous spectacle was recorded and transmitted to the public in all news channels.

Violence, assassination, displacement of people, crimes against humanity and lack of human rights, represented the reality of Liberians for more than one decade. “They, ULIMO-J, forced me to work as their secretary. I had to attend meetings once a month and wrote memorandums about it. A couple of times they asked me to make food and take it to a military base in Tubmansburg in 1995. The threats were constant to me and my family if I denied doing the things that they asked”.

In March 1996, during a big event protesting the arrest warrant for ULIMO-J leader Johnson, in which Mary was obligated to participate, the forces of Taylor took the town and forced the population to abandon their houses and walk to the Congo town. Her neighborhood, Sinkhor, was recognized for hosting Johnson supporters. Mary was identified as one of them and got arrested with 25 other people. “We were taken to a small room in a special jail, guarded by armed men. We were beaten and tortured periodically without ceasing. The cell was so small, that you couldn’t bend over, sit down, much less lie down. I started to feel sick and I felt desperate. I remembered that I had hidden $ 50 under my clothes and managed to bribe a guard and two other persons.  They helped us to escape. I had stayed one week locked in that inhuman place”.

The opportunity to start a new life in another country was there for Mary and a few other lucky ones.

Almost 20 years have passed since Mary escape from Liberia. Now she is married and has three children. As most of the immigrants, she has worked hard to rebuild her life. Her friends, coworkers and people describe her as a very sweet woman, but still, you look at her eyes and can feel sadness.

Her future is uncertain, but hopeful.  Mary’s U.S. citizen husband and father of her children has filed for her.  She no longer relies upon the grant of Asylum.  Bur, she is fearful that the USCIS erroneous terrorist belief will re-arise to disrupt her new path.

By Rosa A Hernandez