Located in the heart of Washington DC, we provide legal problem-solving for international and domestic clients, specializing in immigration and business matters and utilizing creative technologies to provide efficient and responsive legal services. (Contact Us)

Deprecated function: The each() function is deprecated. This message will be suppressed on further calls in book_prev() (line 775 of /home/b7iadk8u529v/public_html/iblf.com/modules/book/book.module).

Steffanie J. Lewis is a founding attorney, vice president and secretary of IBLF and, since 1999 and through January 2016, has been General Counsel to Baltia Air Lines, Inc., a U.S. start up airline. Previously, from 1983 to 1988, Steffanie held the office of General Counsel, Director of Legislative Affairs and Administration in the HELICOPTER ASSOCIATION INTERNATIONAL ("HAI"). From 1965 to 1975, Steffanie was a 50% owner of PARKAIR, INC. (a third-level air carrier serving the North Gulf coast of Alaska) and, from 1980 - 1988 was the owner operator of a commercial salmon seining business in Alaska. 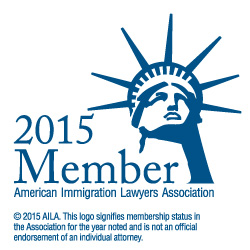 At IBLF, in addition to her corporate role, Ms. Lewis supervises all immigration work, representing clients in Immigration Court and multiple Federal circuits, most actively in the Fourth Circuit dealing with the immigration implications of fraud, criminal matters, due process, and statute interpretation.